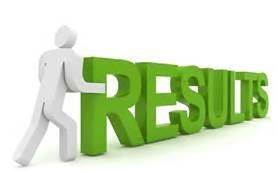 So Mother Nature decided to show up last Saturday, along with Megasaurus, the Herald Pure Stocks, the All American Truck Series, the Lipstick Ladies and a full pit of Maximum Destruction competitors. The night started off with rain and enough to keep the dust down and more, but that was not going to stop the action at Auto City Speedway. It did scramble the schedule a bit, scratching qualifying and the heat races.

The green flag did finally fly at 6:30pm for the Lipstick Ladies and it was Amanda Clayton #948 claiming the win and the Championship in that division. Following Amanda in the heat race was Becky DeBoer #51.

The Herald Pure Stock 35 lap feature race was next up with double points at stake.

When the 22 competitors took the green, you knew it was going to be a fierce battle, as within a few laps they were racing three and four wide coming out of turn four. The top two in points knew they had to be up front to see who would come out victorious as the Champion. Starting out though the early leader was Amanda Clayton #53 who started up front but as the field sorted out, the likes of Jim Miller Jr. #9, J.T. James Clayton #54, Michael Hayes #12, Chad Lamson #888 and Bruce Dunton Jr #19 had worked their way up to the front spots. On lap thirteen, Tom Logie #71 took a spin in turn four bringing out the yellow. Once the field got back to racing, Miller Jr. was at the top spot. On lap sixteen Tim Kirby #81 blew a motor and it took several laps to get the oil trail cleaned up. Once it was back to racing, Jim Miller Jr. never looked back and the final finishing order was Miller Jr., James Clayton, Chad Lamson, Bruce Dunton Jr. and Rick Smith #98 making his way to the top five. When the numbers were added up, it was Jim Miller Jr. getting the Championship win over Chad Lamson (who led the points all year). Great season with two great racers

The All American Truck series were now up and they had a full field of 23 starting the twenty-five lap feature. Michael Meyer #12 got out to an early lead with Jacob Zervan #03 in pursuit. As the field stretched out, defending Champion and series point leader Josh Delong #067 made his way up to second but ran out of laps to contend for the lead. Following Delong was Jacob Zervan, Jimmy Bass #116 and Josh ‘Sweet Daddy’ Beechler #98 respectfully.

Josh Delong defended his title and claimed the 2018 Championship for the All American Truck Series.

So now it was time for the destruction portion of the show to start and it was with the chain gang race. With 18 competitors (thirty-two vehicles) it was wild from the start of the twelve laps. The early battle and continued battle was between the team of Justin Pepitone #948 / Gerald Persails Jr. #80 and Danny Smith #06 / Maverick Morrow #57. They snaked through the lapped traffic and as they came out of turn four side by side, it was Smith and Morrow taking the win by a fender.

A new race, called the “I-75” race, was being debuted this night where two full size school busses were included in the race, but were not competing and competitors had to avoid them and also had to abide by the bus signal lights and stop signs when activated. It was an interesting twist to say the least but when the checkered flag flew, it was Josh Delong #067 truck getting the win.

The twelve lap Push Race was next and again with eighteen competitors (thirty-two vehicles) it was this time Justin Pepitone and Gerald Persails Jr. getting the victory.

The car eating, fire breathing monster Megasaurus made his appearance and destroyed a minivan leaving it in a mangled burning pile to the crowd’s applause.

As the safety crew tended to the debris, Mother Nature showed up again to help extinguish some of the fire by adding rain into the mix. That was not going to stop the show though. The crowd (who were prepared with rain ponchos, umbrellas and more) were asked if they wanted to see the fifty lap Enduro in the rain. The crowd response was unanimous with a YES. So the forty-one vehicles made it out onto the wet rain soaked track. The green flew and the challenge was on. You could see some having a hard time navigating trying to see through their windshields, but there was one driver who made it look easy and when it was all said and done, Gerald Persails Jr. #80 got the win.

The Flag Pole Race was next for ten laps and it was Josh Delong #067 getting the win.

Skid Car action was next and the Skid Car Veteran Shane Fogarty #87 finessed yet another win.

This left the Trailer Figure Eight race as the last race on the altered schedule and with fourteen vehicles pulling trailers, it was yet again Josh Delong #067 getting the win.

The Auto City Figure 8’s did not race even though they were on the schedule, but due to the rain and mud that collected on the F8 track, that race and the School Bus Figure 8 were both scratched. So, claiming yet another Auto City Figure 8 Championship to his credit was the “Cadillac” Chad Lamson #888.

There is still one more Maximum Destruction scheduled for September 29th and it will be the Halloween version autograph candy-rama night. Kids and adults are encouraged to dress in costume.

Also September 22nd Auto City Speedway and Outdoor Event Center will host the 2018 LanternFest. You can check out all the upcoming events at www.autocityspeedway.com and “We’ll See You at the City”.