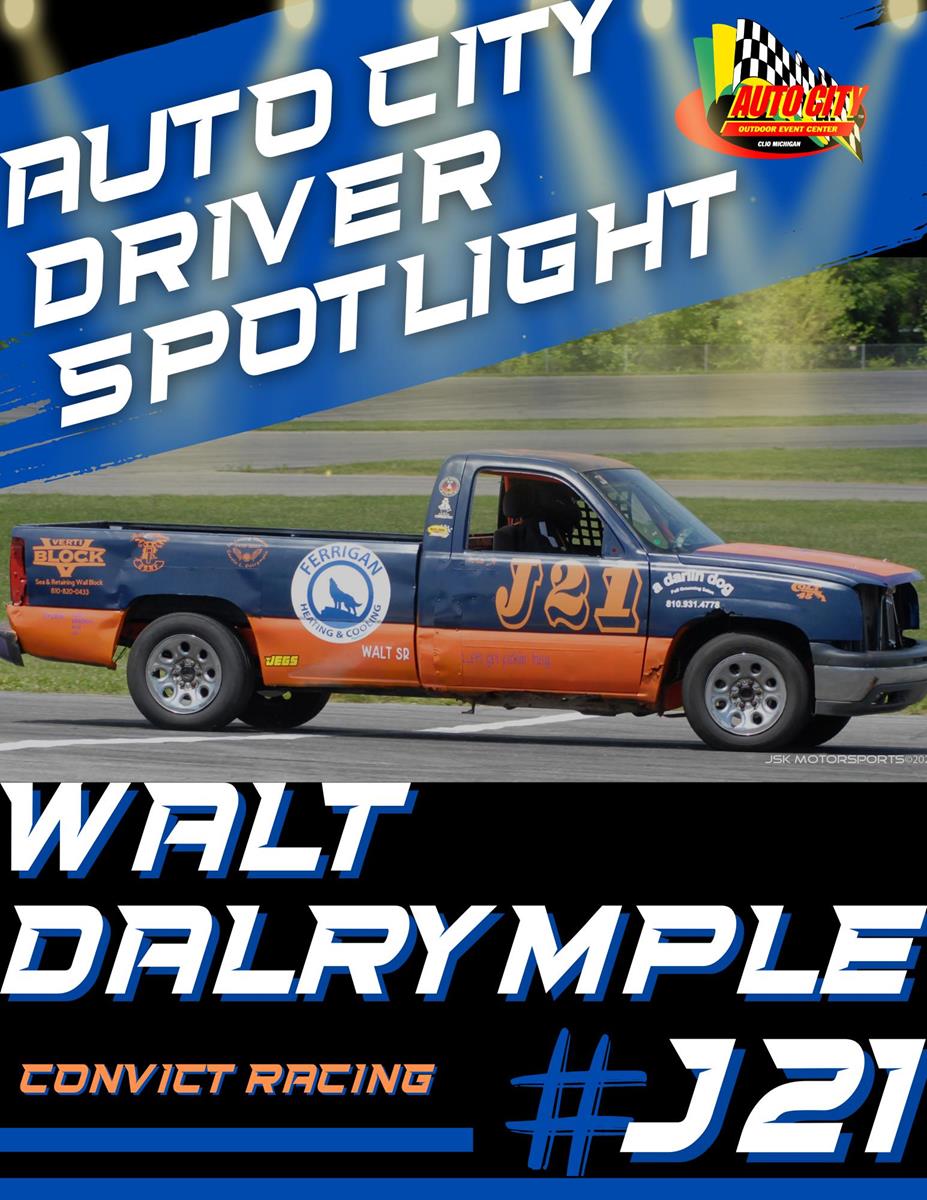 Walt is from Flint, MI and has been in the racing scene since 2017. Walt started out racing Maximum Destruction and now races in our All-American Truck Class as well. Walt races for Convict Racing!

Walt got into racing from going to the races with his dad. Walt said he keeps racing because “he enjoys racing with the guys and my kids love watching me.” Friends and family would describe Walt as a hard worker on and off the track and said: “he has put the time and work in the truck class to get to where he is today.” And it’s true! In 2022, Walt placed in the top ten 16 times and the top five 5 times out of 22 features raced. Walt’s friends and family also said that Walt “is always willing to help out any racers on and off the track.”

When Walt isn’t racing or working on his truck, his hobbies include hunting, fishing and spending time with his family. Walt has his support from his family as well as his sponsors Ferrigan Heating & Cooling, A Darlin’ Dog, and Verti Block Retaining Walls and Outdoor Spaces.

Walt’s favorite racing moment over the last few years has been his dad being able to watch him race last year before getting sick and passing away. Our deepest condolences to the Dalrymple family. Thank you, Walt, for racing at Auto City and for the support from you and your family. We can’t wait to see you back at the city in the 2023 season!