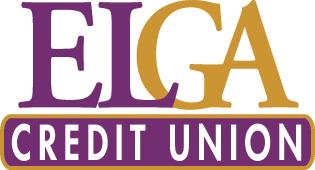 ELGA Credit Union Headline Sponsor for Stampede at the City in 2023 along with Continuing Marketing Partnership for 13 Years at Auto City!

'ELGA Credit Union had a humble beginning, helping Consumers Energy employees that were paid below the average of other industrial workers in the 1940’s and 50’s. ELGA got its name from a contest held in 1959 to rename the credit union, replacing the previous name, Flint Division Consumers Power Company Federal Credit Union. The name incorporates the first two letters of Electrical and Gas. Today we like to say it stands for "Everyone Loves Goals Achieved". We are dedicated to helping you achieve financial success.'

'We are a not-for-profit cooperative; formed, owned and operated for a single purpose: members helping members. We have a proud tradition of service to our members since 1951.'

Thank you ELGA Credit Union for choosing to be a headline sponsor for our first Stampede at the City and your continued generosity for 13 years now as a proud marketing partner with Auto City Speedway. We always look forward to working with you and your support of the motorsports community.